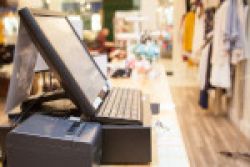 If you’re a retailer or manage a retail business you will already be aware of the need for retail security and loss prevention. The British Retail Consortium’s (BRC) annual Retail Crime Survey, published in March 2019, has revealed the enormous and growing cost of crime to people and businesses up and down the country. The total cost of crime and crime prevention for retailers in 2018 was £1.9 billion, up by 12% from the previous year (£1.7bn). This cost of crime to retailers included a £700 million loss arising from customer theft, representing a 31% increase on the previous year.

Violence toward employees is recognised as the most pressing issue faced by retailers today. The number of violent incidents has grown again, year-on-year, and crimes are becoming increasingly severe with weapons such as knives being more commonly used. And the scale of the problem is enormous with as many as 115 retail employees attacked in their place of work every day.

Increase in Theft, Robbery and Burglary

While it’s clear that addressing the growth in violence toward staff must be the highest priority, the magnitude and impact of theft and robbery is enormous. What’s more, dealing with customer theft is one of the challenges regularly faced by retail staff and doing so can result in them becoming victims of violence and abuse. Intentional use of violence by criminals to assist with theft is noted as the most concerning key violence trigger.

As can be seen, there has been an astronomical increase in Robbery, which has grown by a massive 508% year-on-year. Just to be clear, this is the definition of ‘robbery’:

“the action of taking property unlawfully from a person or place by force or threat of force.”

Importantly, robbery involves “force or threat of force” whereas both theft and burglary don’t. “Force” or “threat of force” means that a retail worker will have experienced physical violence or the threat of violence from a criminal engaged in robbery. The recorded 508% increase in retail robberies year-on-year is a worrying trend for the industry.

Dr Emmeline Taylor, a reader in criminology at City, University of London, made the following comments on the BRC report.

“Customer theft is on the increase. There are multiple factors that could be contributing to this, most significantly - the introduction of self-service checkout, the reduction in police numbers meaning that police cannot always attend an incident due to resource limitations, and changes in the law.

For example, the Anti-Social Behaviour, Crime and Policing Act 2014 allows anyone stealing goods costing less than £200 to plead guilty by post - or face the magistrates’ court. The impact of ‘austerity’ measures across the criminal justice is undoubtedly impacting on levels of theft and violence across the retail sector.”

In summary, Dr Taylor suggests the following factors are contributing to these startling statistics:

The bottom line for retailers is: What can be done to keep staff safe and prevent crime?

When assessing a potential target a criminal will tend to consider the following:

This list makes it clear that the overall security appearance of a retail premises is a very important deterrent. A shop which is clearly paying attention to security and the safety of staff is far less likely to be a victim of crime. Here are some practical recommendations that will help deter would-be shoplifters and robbers. 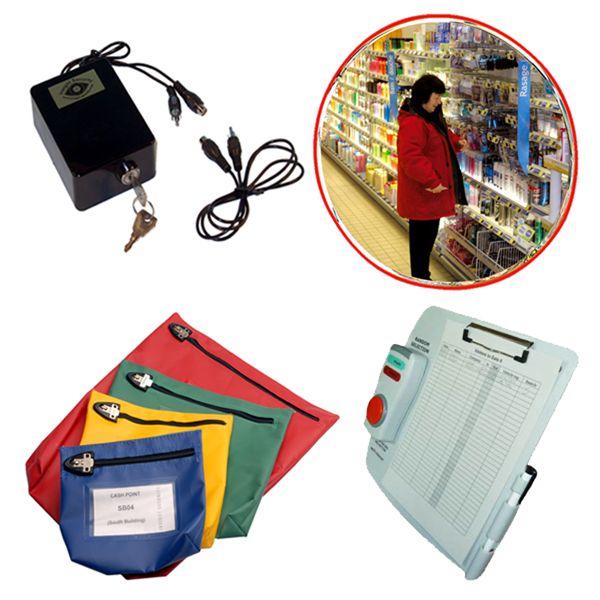 Some items in shops are more desirable to criminals than others. Being aware of what these are and designing the shop layout and aisle configuration to enable staff to closely monitor shoppers when they are browsing these products will help. For example, baby milk formula, meat and face creams are reported to be commonly stolen items from supermarkets. 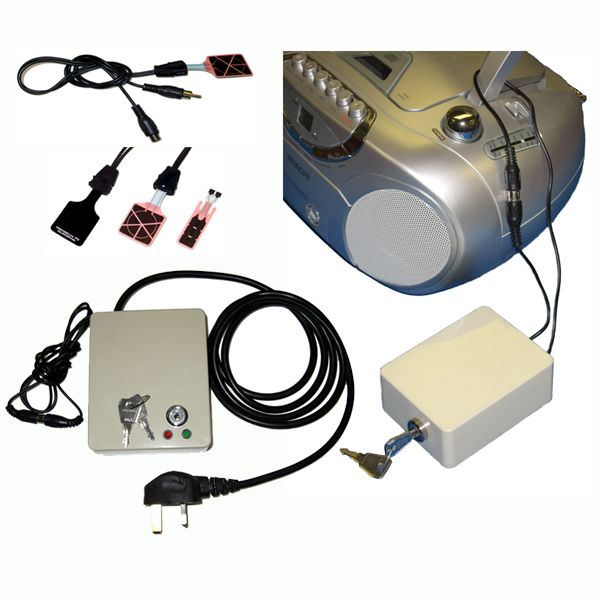 Your shop till position is vitally important. It should be close to the entry and exit points and provide the point-of-sale operator with an extensive, clear view of the shop interior. The till counter should be deep enough to provide protection for the staff member and all people entering and leaving the shop should be greeted and monitored. Greeting every person entering a shop lets them know that they have been noticed and will act as a deterrent for some.

It’s important that staff members are able to easily monitor all areas of your shop from their primary working positions. So if they spend most of their time behind a counter, at a till, then it’s essential that they are able to clearly see all areas of the store from this location.

CCTV cameras are now commonplace in many retail premises. Customers are more likely to be worried by the absence of CCTV cameras than they are by their presence. It’s important to let the public know that a CCTV system is in operation so displaying appropriate signage is recommended. 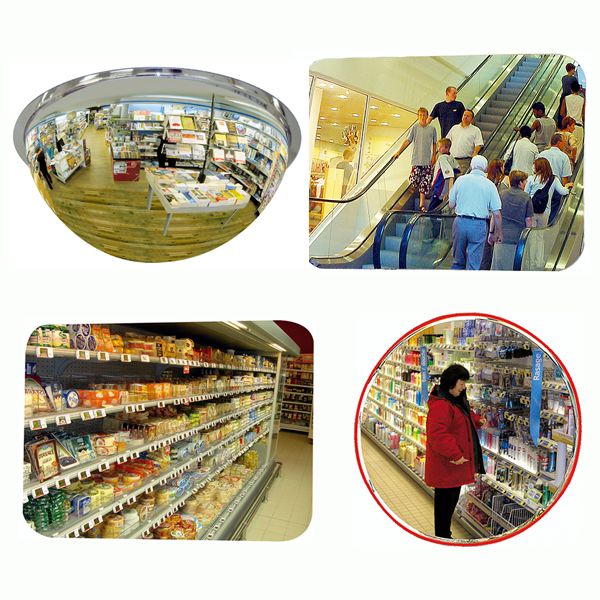 Retail security mirrors are another highly effective yet very low cost method for improving security and safety in a retail store. Convex retail security mirrors, strategically mounted on the ceiling and in corners, provide a very quick and immediate way to see what’s going on in blind spots. They are highly visible and convey a clear indication that a retail store is taking their security seriously which will deter many opportunist robbers and thieves. They also provide security for shoppers who can see who might be approaching them from behind.

Lighting is another important aspect of in-store visibility that can often be overlooked. When CCTV cameras are installed it’s important to ensure that the captured images are crystal clear so appropriately bright lighting is essential.

If using CCTV it’s essential that shoppers are advised with appropriate warning signs. And warning signs can act as powerful deterrents so it’s a good idea for retail premises to make their specific shoplifting policies clearly visible. The store policy should clearly show that all crimes are taken very seriously, that the Police will be involved and perpetrators will be prosecuted. This will deter any opportunist thieves who may think they might get away with a stern “telling off”. Signage like this will also deter youngsters who often commit shoplifting crime purely for thrills. Here are some examples of warning signs that can have a great effect.

It’s important to restrict access to store rooms and other non-public areas to staff members only. Doors must always be locked and appropriate signage (staff only) prominently displayed. Fire doors should use door-closers which ensure that they are secure from the outside while allowing emergency exit from the building.

While security systems and technology can help improve security they can’t compensate for poorly trained or unmotivated staff. Ensuring that all staff members are fully acquainted with security policies and procedures is essential. Training staff in how to meet and greet customers, unobtrusively monitor their behaviour and the tell-tale signs of criminal activity to look out for will make their working lives much safer and reduce crime.

Being aware of the most common shoplifting techniques is an essential aspect of staff training. The ability to recognise signs of criminal behaviour enables a staff member to raise the alarm and get support from colleagues before challenging a suspected thief.

A commonly used concealment tactic is to use a large, open bag placed on the floor while the thief apparently browses and examines products. Items are simply dropped into the wide open bag while nobody is looking.

Another similar concealment technique is to use small, commonly-carried objects such as rolled up newspapers or magazines and handbags to conceal smaller shoplifted items. Baby pushchairs, which are often loaded with blankets and other babycare essentials, also provide the means to conceal stolen items. Also, umbrellas have been used by shoplifters to conceal their swag.

A shoplifting tactic which many retailers are unaware of is the use of foil lined bags and increasingly, foil lined clothing. Foil lined bags and clothing are professional shoplifting devices designed to enable items protected with EAS (electronic article surveillance) tags to be stolen without the need to remove the security tags. Foil linings prevent electromagnetic interaction with security tags allowing thieves to simply walk out of the shop with the stolen, concealed item. They don’t need to spend time removing the EAS tags and they don’t leave any evidential debris behind.

It’s important to be aware of typical shoplifter clothing. Shoplifters will often wear baggy, oversized clothing on purpose. They may suspiciously keep their hands in their pockets which have been modified with openings cut in them, allowing them to reach for items without being seen by busy shop staff.

We’ve already mentioned the development of foil lined bags and clothing that allows shoplifters to quickly and easily steal items protected with EAS tags. Shoplifter clothing may have been modified to incorporate just one, large foil-lined pocket enabling them to conceal valuable, EAS tagged items without risk of triggering an alarm when they exit the shop.

The most effective way to deal with specially designed foil-lined shoplifting devices and clothing is to detect them before they are used. Staff vigilance, training and the use of handheld metal detectors to scan suspected items will help.

Although a high proportion of today’s shoppers are opting to use debit and credit cards rather than cash there are still many who prefer the more traditional approach. Securing the cash collected from customers is vitally important in retail.

The amount of cash kept in tills should always be kept to an absolute minimum at all times. Tills should be regularly emptied, leaving only enough ’float’ as required. Cash should be stored in a highly secure location that’s not accessible to the general public.

Cash should be banked frequently and not retained on-site for a prolonged period of time. Signage might be used to tell people that no cash is ever kept on the premises.

We offer a range of Retail Security and Cash Protection Products which are widely used by a variety of retail establishments as part of their effective cash security strategies.

The answer starts with assessment and recruitment. Carrying out thorough candidate assessment before taking on new staff members will help avoid the recruitment of criminals. Also, ongoing staff appraisal, gathering informal feedback, providing an excellent incentive scheme and making employees happy at work will all deter staff from thieving.

Another highly effective deterrent is to carry out random staff searches. If people know that there is a chance that they will be stopped as they exit the premises and their bags will potentially be searched they are far less likely to steal. And if they know that their employer prosecutes every staff member who has been caught stealing then this will act as an even stronger deterrent.

Similarly, randomly selecting a limited number of customers for more thorough bag searches as they exit a retail premises will act as a powerful deterrent to would-be shoplifters. Signage warning shoppers that they may be subjected to a random search will act as a deterrent to criminals. 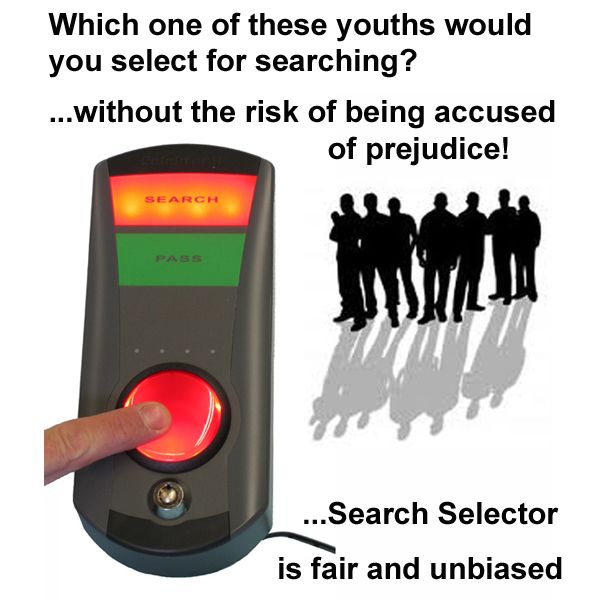 In these circumstances it’s vitally important that a genuinely random selection process is followed. Our random search selectors ensure there avoid the risk of being accused of bias or prejudice.

If you have any questions regarding retail security remember that we are here to help. Give us a call on 01273 475500 and we’ll give you some free, expert advice.

This message was added on Thursday 27th February 2020