Humans are not great at making truly random selections. We are all susceptible to unconscious bias which can be a problem when selecting individuals to be searched. There is the possibility that some people will feel that they have been unfairly targeted and their selection was due to bias or prejudice. This is obviously something that organisations need to avoid as it could lead to serious legal action.

On May 22nd 2017 twenty-two people tragically lost their lives when suicide bomber Salman Abedi, 22, detonated a shrapnel-laden homemade explosive device in the foyer of the Manchester Arena as people were leaving at the end of an Ariana Grande concert. A further 139 people were wounded in the blast, more than half of them children, and several hundred more suffered serious psychological trauma.

Here are just some of the most commonly asked questions we routinely answer regarding search and inspection mirrors. 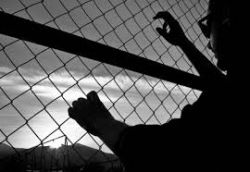 The worldwide Coronavirus pandemic is having a severe impact on everyone. The world’s economy has gone into massive decline as workers and customers remain at home in lockdown or self-isolation. Many businesses, large and small, have been forced change their working practices and in some cases close their doors resulting in a growing number of burglaries as criminals target premises left empty during the Coronavirus lockdown.

And it’s not just businesses who are suffering due to unscrupulous criminals during this crisis. Homeowners, farmers and keepers of smallholdings are increasingly being targeted. What’s more, experts from the National Cyber Security Centre (NCSC), which is part of GCHQ - have said that a range of attacks are being conducted by cyber criminals to make money out of exploiting people’s fears over COVID-19.

Here’s some practical advice and recommendations that will help businesses and individuals remain safe and secure as we get through this outbreak. 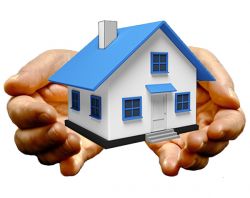 Naturally in these exceptional times of Stay-at-home, Social-Distancing and other guidance from the UK Government, coupled with concerns about loss of income, availability or access to food and medicine, etc., security is not necessarily top of the priority list for many people, …but sadly criminals are not taking a holiday!

From burglaries and even theft of your shopping as you leave a supermarket, to phone and internet scams, there are plenty of reasons to think seriously about safety and security, but it’s not a time for panic.