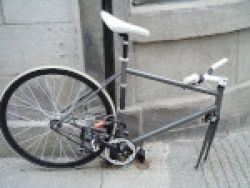 As optimism for the easing of COVID-19 lockdown restrictions grows, interest in Staycations is soaring. But police forces have warned that, as restrictions are lifted, bicycle thefts are also expected to increase. During 2020, overall bicycle theft dropped by around 16.3%, due to the impact of the pandemic. But sadly, cycle theft from key workers, during these difficult times, have actually increased. As people plan their staycations and dust off their bikes for the spring and summer it’s important to take adequate precautions to avoid becoming a victim of bicycle crime.

All About Washers and Why They Are Used

Many fastenings involve the use of washers. But people often ask the questions: what are washers for and are they essential? In this post we aim to provide all the information you need on the subject of washers including how they are used, the various types that exist, the materials they are made from and the standards they are required to meet. 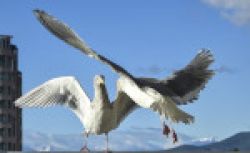 Our ‘Bird Nesting Season’ extends from February until August although in reality some birds can start to nest earlier and beyond. The busiest nesting period in the UK is from the 1st March until the 31st August but this varies according to species and other factors. Many wild birds are therefore on the lookout for viable nesting sites where they can safely raise their young. All birds, along with their nests and eggs, are protected by law (Wildlife and Countryside Act 1981) making it an offence to intentionally kill, injure or take any wild bird, to take or destroy their nests or recklessly disturb wild birds or any nests containing eggs or young. 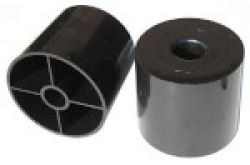 When Manor Multi Academy Trust needed an effective anti-climb solution to protect their Primary School against unwelcome intruders Roller Barrier provided exactly what was needed. James Rowden, Premises Manager for the Academy Trust, described how intruders were putting themselves at risk, by climbing onto rooftops, and then causing costly damage by breaking into the building via first floor windows. Insight Security worked closely with James to assess what was required and devise an effective solution that immediately solved the problem.

Why You Need a Ground Anchor

Anchors have a long history. The earliest known anchors were simply rocks and many of these rock anchors have been discovered, dating back to the Bronze age. The ancient Greeks used a variety of anchoring systems including baskets of stones, sand-filled sacks and even logs filled with lead. The availability of Iron enabled development of what is widely recognised as the traditional, fluted form of anchor which is known to have been used by the Romans in the 1st century and the Vikings in the 10th. The anchor became viewed as a symbol representing safety which was adopted by Christians as a representation of hope. In this post we examine security ground anchors which fundamentally perform the same function as the anchors used by our ancient forebears. They prevent something from being moved from it’s anchored position, keeping it safe and secure.