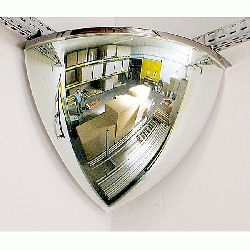 The rate of suicide in the UK has recently surged to a 16 year high after declining for around 5 years. Data from the Office for National Statistics (ONS) shows a 12% year-on-year increase to 6,507 registered suicides in 2018, the highest rate since 2002, largely due to suicides amongst boys and men. But self-inflicted deaths amongst females under the age of 25 are also reported to have increased considerably, resulting in the highest rate on record for this specific group.

In the UK the highest suicide rate is indicated to be amongst men aged 45-49 but suicide rates for women in this age group are also noted to have increased. And suicide is recognised as the biggest killer of young people with 759 young people from the UK and Republic of Ireland taking their own lives in 2018.

Mental healthcare organisations and the personnel who work in them have onerous responsibilities toward those in their care. They need to ensure that environments are safe and don’t present any opportunities for patients to self-harm or attempt suicide.

A significant proportion of suicides take place as a result of impulsive actions using whatever means are immediately available, without pause for reflection. It is for this reason that the National Suicide Prevention Strategy for England (2002) states that the likely ligature points in mental health services environments should be removed or covered up. 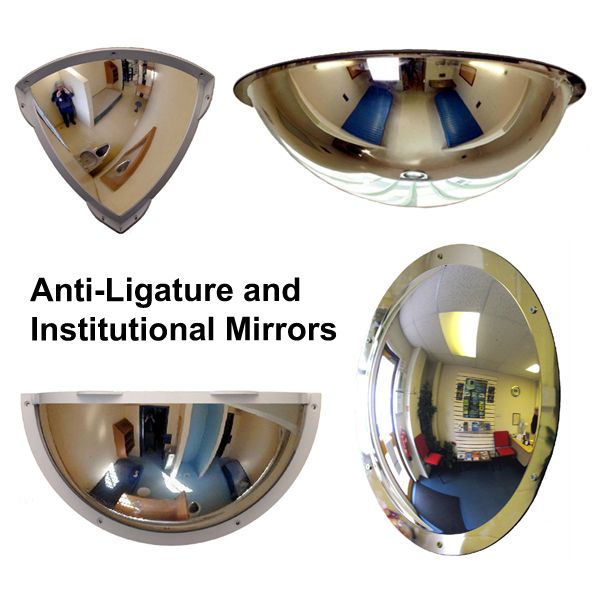 The term ’ligature’ refers to an item or items (rope, string or cord-like) that can be used to cause strangulation. Ligature strangulation doesn’t require suspension of the human body and can therefore be achieved from low level ligature points. A ligature point is formed anywhere that a ligature can potentially be attached.

Hanging is the most common method of suicide used by mental health patients. And the most commonly used forms of ligature are belts, sheets and towels. But it’s important to be aware that almost any item of clothing, along with things like shoelaces, curtains or bandages, and electrical cables (including mobile phone charger cables, etc.), can potentially be used to create a ligature. The most commonly used ligature points on hospital wards are doors, hooks or handles and windows. But again it’s vitally important to be aware of all potential ligature points in any space used by vulnerable people.

Anti-ligature products are designed to promote patient safety by reducing risks. Products are specifically designed to avoid offering any potential ligature points where a cord, belt or other form of ligature can be attached.

Anti ligature mirrors are a good example of practical but considerate product design. Convex ceiling or wall mirrors are commonly used to improve all-round visibility with half-dome and quarter-dome versions fitting neatly into right-angles between walls and ceilings. These institutional mirrors meet stringent Home Office, the Prison Service and Police standards and are therefore widely used in police stations, prisons, secure hospitals and psychiatric facilities. Importantly, when installed, any gaps between mirrors and surfaces need to be blocked with an anti-pick sealant to avoid gaps which could potentially be used as ligature points. And the fixing screws should also be covered with anti-pick sealant to prevent tampering. 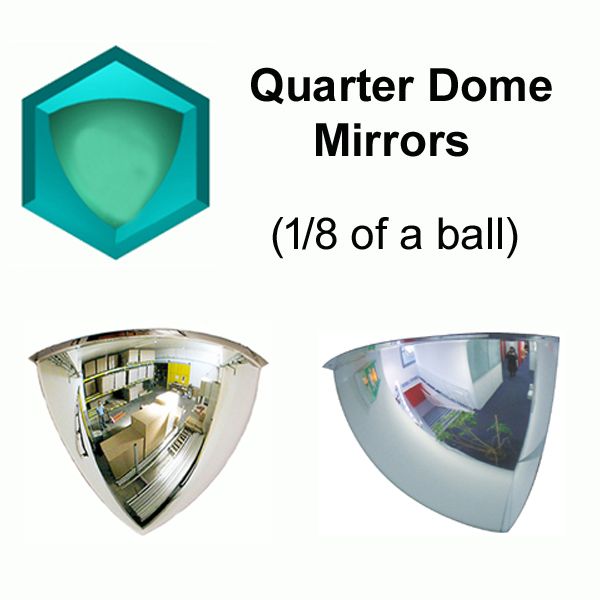 If you have any questions regarding creating safe environments and anti-ligature mirrors remember that we are here to help. Give us a call on 01273 475500 and we’ll give you some free, expert advice.

This message was added on Thursday 16th January 2020