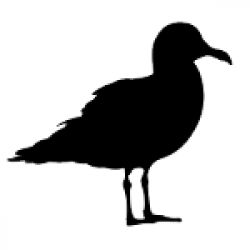 Warnings about how seagull poo contributes to water pollution at Scottish beaches, issued by the Keep Scotland Beautiful - My Beach Your Beach campaign, have been challenged by both RSPB Scotland and the British Trust for Ornithology. In this post we consider the pollution risks associated with bird guano and what you can do if bird mess is a concern.

‘Do Not Feed the Gulls’ posters have been distributed along seven Scottish beaches stating that bird poo contributes to water pollution. Beaches where the posters have been seen include Ayr, Troon, Irvine, Saltcoats, Kinghorn, Portobello and Fisherrow in Musselburgh.

It`s important to note that the poster campaign has been endorsed by the Scottish government, City of Edinburgh Council and the Scottish Environment Protection Agency (SEPA).

The Scottish `My Beach Your Beach` campaign has been running since 2018 with the aim of raising awareness and encouraging beach users to change certain behaviours. Their campaign has provided guidance and advice on dog fouling, littering, disposing of fats and oils as well as feeding gulls.

Many seaside towns and regions throughout the UK have taken proactive steps to deal with problematic seabirds. Local authorities now post warning signs telling people not to feed the seagulls and in some locations, such has Lyme Regis and West Bay in Dorset, authorities now issue significant fines to people caught feeding the gulls.

Seagulls quickly become accustomed to being fed by people and can attack if they are not offered food. In 2019 a flock of seagulls was reported to have attacked 2 year old girl, leaving her with facial injuries and in another incident a one year old was bruised after battling a seagull over her Greggs cheese pasty. The bold seabird tried to pull the pasty from the brave girl’s mouth, whacking her in the face with it`s flapping wings, but the valiant youngster wouldn’t let the bird have her pasty.

Seaside visitors and locals from all coastal regions have reported being dive-bombed by hungry, fearless seagulls, attracted by ice-creams and snacks. And the COVID lockdown period allowed gulls to establish nesting sites on and around buildings that had become quiet due to travel restrictions. But since people are now returning to what had become quiet areas, ideal for seagulls to raise their young, they are now disturbing the birds, prompting them to swoop and in some cases attack people.

By far the most problematic aspect of seagulls is how they aggressively steal food directly from peoples hands (or mouths). European Herring Gulls can have a wingspan of 1.6m (5.25 feet) so it`s not surprising that people, especially children, are fearful when one or a group of these large birds aggressively attempt to steal food or protect their nests.

As noted, gulls will aggressively swoop and dive bomb any perceived threat to their chicks. They’re also responsible for a lot of noise, especially at first light and since many gulls have migrated into residential, urban areas, this can be a problem for the local community.

Other problems commonly associated with seagulls include litter bags being ripped open to get at the food scraps inside. This is a common issue for seaside cafes, restaurants and hospitality venues. And the seagull poo, especially from large groups of birds, leaves a mess on cars, public footpaths and other areas.

Seagulls and the Law

Since around the 1940s herring gulls and some black backed gulls have moved away from their traditional seaside locations to establish rooftop nesting sites. The reasons for these behavioural changes are not confirmed but it`s thought that the abundance of food sources along with predator-free rooftop nesting sites have been primary influencing factors.

Seagulls became a common feature at landfill refuse sites after the 1956 Clean Air Act stopped rubbish tip operators from burning waste. It`s not surprising that seagulls took advantage of the abundant source of thrown away food at these locations.

It`s important to be aware that while the numbers of roof-nesting gulls are increasing, the overall population of herring gulls is significantly declining, making them a red-list species. This is the list of endangered species that includes all the plant and animal species facing the worrying threat of extinction worldwide. The UK herring gull population is reported to have declined by a massive 50% since 1970.

It`s also worth knowing that the Mediterranean gull is protected under Schedule 1 of both acts making it illegal to intentionally or recklessly disturb the birds at or close to their nests or to disturb their dependent young. It`s extremely difficult to distinguish between the nests, eggs or downy chicks of herring and lesser black-backed gulls and even fledged young look almost identical, which makes species-specific control measures very difficult.

Is Seagull Poo a Problem?

"The bacteria that can cause poor water quality at designated bathing waters come from the stomachs of any warm-blooded animals including humans, livestock, gulls, dogs, and other wildfowl."

"Sepa monitoring has identified that at some bathing waters poor water quality is associated with gull and dog faeces."

But Scottish ornithologists and other bird experts have expressed surprise at the messaging distributed via campaign posters. They have pointed out how seabirds poo wherever they are, regardless of whether they are being fed by people. They note that, at this time of year, seabirds tend to be feeding their young natural food sources such as small crabs and prawns. The amount of pollution they cause to seaside coastal waters is largely down to how many seagulls congregate in small areas. RSPB Scotland pointed out that seabird droppings were important sources of nutrients for marine life such as phytoplankton and pooing in the sea is obviously natural for seabirds.

Government warnings point out that people who swim in seawater are almost twice as likely to experience illness than people who don’t. Children and novice swimmers are more likely to accidentally swallow seawater, increasing the risk of gastrointestinal illnesses. Seabathing is also associated with an increased risk of ear infections. The extent to which gull poo contributes to these risks, compared with human and dog faeces, doesn’t appear to have been clearly quantified.

Dr Viola Ross-Smith, of the British Trust for Ornithology, has worked as a seabird ecologist for several years. She told BBC Scotland how the message on the Scottish posters about seagull poo contributing to water pollution was disputed. She said:

"Herring gulls are about a kilo and their poos aren`t that big and are pretty innocuous, it doesn`t compare to the amount of sewage and wet wipes that we put into the sea."

"We are the ones utterly affecting our environment, not seabirds."

Swimming and playing in polluted seawater should clearly be avoided, which is why our coastal waters are closely monitored. Whether or not people feeding gulls is contributing to higher levels of pollution is debatable, but there is no argument over the health risks associated with polluted sea-bathing waters.

If you live or work in an area where seagulls have become a problem, what can you do? The UK government rightly only issues licences to allow urban gulls to be killed as a last resort, where a significant risk to public health has been identified. The use of lethal control on a red-listed species in decline must obviously be avoided.

It`s widely accepted that seagulls need our help and tolerance. All of the gull species breeding in the UK are of conservation concern with some in very serious trouble. We need to recognise the fact that coastal areas are their natural domain and seabirds naturally relieve themselves in the sea.

Discouraging seagulls from nesting in urban areas must focus on reducing access to food and the attractiveness of nesting sites. And importantly, gull deterrents mustn’t prevent birds from accessing active nests or trap and injure birds. Restaurants and food outlets taking greater care of their waste to prevent gulls from ripping open bin bags is an example of practical, effective measures being taken around UK coastal regions.

Bird Free Fire Gel bird repellant is one of the most effective, non-toxic, legally compliant ways to implement effective bird proofing against seagulls, pigeons and other pest birds.

The harmless gel, sometimes called Bird Free Optical Gel, is easily deployed around nesting and roosting sites. The gel discourages birds from landing by exploiting their sensitivity to ultraviolet light as the gel appears to them to be on fire, hence the name. The gel is ideal for complex structures and balconies where preventative measures such as anti bird spikes and bird netting would be inappropriate and unsightly.

The gel is immediately effective as soon as it`s deployed, overcoming the homing instincts of pigeons by deterring them from returning to established roosting areas. Deployment around rooftop nesting locations prompts seagulls to find alternative locations to raise their young. And Bird Free Fire Gel remains effective for at least 3 years, is unaffected by extreme weather and requires no maintenance.

If you have any questions about bird proofing and effective anti-bird deterrents, or if you have any special requirements, remember that we are here to help. Give us a call on 01273 475500 and we’ll provide you with free, expert advice.

This message was added on Thursday 4th August 2022