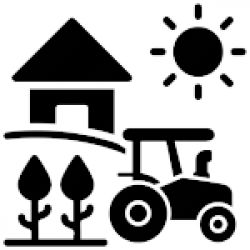 Rural crime data, analysed by the BBC, shows that crime suspects are far less likely to be charged for crimes in the countryside than those suspected of crimes in urban areas. Read on to learn more.

We’ve previously talked about the warnings issued by insurers NFU Mutual along with police forces about their anticipation of a rural crime wave, driven by the cost of living crisis. Farmers have told the BBC that police forces are not doing enough to tackle organised rural crime and they rarely solve crimes when they are reported.

In one case a farmer, who has been the victim of various crimes 30 times over the past year, has stopped reporting crime incidents to the police. His Cambridgeshire farm has suffered burglaries, fly-tipping, cable theft and fuel theft. And recently he lost over £16,000 worth of crops, destroyed by joy-riders.

The farmer has complained that he and others feel very let down. He highlights how he has called the police on 999 to report a crime and the police have simply not responded. He now spends many thousands of pounds on expensive nightly security patrols to protect his crops - and he has stopped reporting crimes to the police.

Agricultural insurer NFU Mutual has previously reported that although the cost of rural crime declined by 9.3% in 2021 the first quarter of 2022 has seen crime rates skyrocketing with costs escalating by 40% year-on-year.

Recent crime reports demonstrate how organised criminal gangs are targeting specific, valuable agricultural assets. In one case reported from Hertfordshire a number of valuable Tractors were badly damaged and put out of action by thieves who had targeted GPS equipment and screens on the vehicles. They wrecked the locking mechanisms on all of the tractors and ripped out the wiring to detach the valuable high-tech agricultural navigation systems.

It`s reported that on the same night as this attack at least 32 other tractors in the area were targeted by GPS tracking system thieves. Further reports showed that 40 GPS systems were stolen from farms in Suffolk and Norfolk on the same night.

Each of these GPS systems costs around £20,000 making them valuable targets for criminals who apparently export them for sale on the black market outside the UK. Farms are not only faced with the direct costs of these thefts but they also need to cope with the impact they have on their business operations. Without vital GPS equipment many farms are left unable to work. As well as the high financial cost, these attacks have a significant emotional impact on agricultural workers and rural communities.

This shows that the proportion of suspects charged for offences in towns and cities is 24% higher than in rural areas.

It is understood that one of the underlying reasons for this significantly lower rural crime charge rate is lack of evidence. Crimes committed in urban areas are more likely to have been witnessed or recorded on CCTV whereas crimes committed in the countryside are often unwitnessed and aren’t often recorded on CCTV. The absence of evidence makes it impossible for police forces to charge suspects.

It`s reported that many farms are investing in the installation of CCTV security systems to boost their protection and hopefully provide the evidence needed when crimes are committed.

Crime figures show that the theft of expensive farm machinery is increasing. Police forces have noted a surge in the theft of smaller vehicles including quad bikes and ATVs. Importantly, as noted, they are seeing an increase in thefts of navigation systems. The cost of agricultural vehicle theft reported to NFU Mutual remained at more than £9m last year.

Farmers and the public are encouraged to be vigilant in the countryside, look out for suspicious activity and report it.

Livestock theft can have a devastating impact on farms and rural communities. It also causes unnecessary suffering for the targeted animals. Livestock theft and rustling is often linked to organised crime and the illegal slaughter of stolen animals presents further dangers of unregulated meat products being sold to people seeking cut-price food deals.

As for other aspects of rural crime, police forces are highly aware of how crime gangs exploit remote rural targets where they are able to perpetrate their crimes without being seen or challenged.

The high value of horses and the equipment that surrounds them naturally attracts criminal attention. Equine theft and the loss of vital horse transportation has a huge financial and emotional impact on those involved.

Police forces encourage the public and horse owners to be extra vigilant and report anything suspicious.

Their equine crime prevention recommendations include:

The illegal dumping of waste, known as fly-tipping, is a scourge in our countryside. It only takes a moment for a truck load of waste to be dumped in a hidden lane or field entrance. But this waste presents a serious hazard to landowners, members of the public and animals. Farms often face the expense and aggravation of having to clear away dubious and often dangerous dumped waste simply to carry on with their day-to-day operations.

As for other aspects of countryside crime, the police understand how difficult it is to be aware of and prevent incidents of fly-tipping. They warn people that if they come across fly-tipped waste they shouldn’t touch it as it may be hazardous. If a fly-tipping offence is witnessed the police should be contacted with the vehicle details along with the location and any other relevant information.

Sadly, as noted in this post, some farmers have ceased reporting crimes to the police as they’ve become disheartened by the apparent lack of response and investigation success.

But failing to report crimes is a mistake. While UK police resources are incredibly stretched, police forces understand the frustrations of farmers and agricultural businesses and they want to hear about each and every crime incident. Regional police forces are establishing a number of initiatives to combat rural crime and raise awareness of both the challenges and tactics to deal with them.

If you have any questions about rural security or if you have any special requirements remember that we are here to help. Give us a call on 01273 475500 and we’ll provide you with free, expert advice.

This message was added on Thursday 17th November 2022