Blogs for Hints and Tips (to make you safer)

Insight Security is very proud to be supporting the Brighton COVID-19 vaccination centre at the Brighton Centre by supplying 8 x Garrett PD6500i walkthrough metal detector arches for security screening. Residents and health care staff have been receiving their immunisation injections since January 25th when the vaccination centre, the largest in Sussex, officially opened. 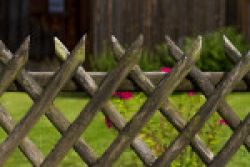 Garden Fences - What You Need to Know

Our property boundaries and fences are, for most of us, the first line of defence against unwanted intruders. To keep people and animals out we might want to erect higher fences, heighten existing fencing or maybe install anti-climb devices. Garden fences are a well known cause of disputes between neighbours so in this post we aim to clarify the UK laws regarding garden fencing and provide some guidance that will hopefully help maintain good neighbourly relations.

How to Protect Solar Panels from Birds

Rooftop mounted solar panels are everywhere these days as businesses and homeowners strive to use sustainable solar technology to generate the electrical power we all need. Solar energy is a clean, efficient power source which is exactly what’s required to combat climate change. But solar panels are not only an excellent, sustainable source of energy, they are also recognised by birds as effective shelters and nesting spaces which is becoming an increasingly challenging problem. 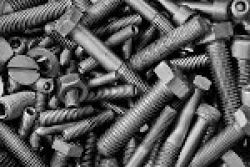 What is the Best Type of Steel

With over 3,500 different steel types to choose from, it’s hardly surprising that “what is the best type of steel” is such a frequently asked question. Unfortunately there is no simple answer as it primarily depends on the application the steel is required for. In this post we look at the differences between various primary steel types along with what they are typically used for.

The cost and impact of metal theft is once again in the news after four men were sentenced to a total of over 19 years in prison for stealing lead from more than 20 churches across the UK between 2018 and 2020. Specialist insurer Ecclesiastical has estimated the cost impact of these thefts to have been over £2 million due to the damage caused to targeted countryside churches. The insurer’s risk management team is encouraging churches to take precautions to avoid becoming crime victims.

With around 40,000 motorcycle thefts each year throughout England and Wales motorbike owners need to understand that there’s around a 3.3% chance your bike will be stolen some time over the next 12 months. And if you live in London or another metropolitan area then the risk of becoming a victim of motorcycle theft is much higher. It has been estimated, based on recent crime figures, that the odds of having your motorcycle stolen in London are as high as 12%. 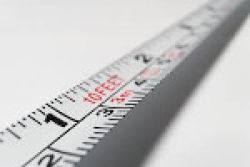 Metric to Imperial and Imperial to Metric Conversion Charts

In September 1999 the Mars Climate Orbiter, after taking almost 10 months to travel to Mars, broke into pieces and burned up. The cause of this disaster was found to have been a failure to use the correct units. The software controlling the Orbiter’s thrusters had calculated the force they needed to exert in pounds but a second piece of software assumed the correct metric unit, ‘newtons per square metre’ had been used. The standard practice for space missions, to convert all units to metric, had not been carried out by the contractor, Lockheed Martin Astronautics in Colorado, which, like the rest of the U.S. used English, imperial measurements.

Christmas Gifts that Show You Care

Christmas 2020 is not too far away and what a year it’s been. While it’s wonderful to hear about COVID-19 vaccines becoming imminently available, they aren’t with us just yet. So while we would all love to spend the festive season with our families and loved ones, for many this will not be possible. Luckily, the internet allows us to stay in touch while safely keeping our distance and online shopping continues to be a lifeline to get the essentials we all need with minimal risk. In this post we’re highlighting a handful of products available from our store that make ideal gifts. If you want to show someone that you care about them, there is no better way than to give them a gift that will help keep them and their valuables safe and secure.

The European open border policy, introduced by the Schengen Agreement in 1985, has undeniably been a great benefit to both the movement of people and free trade. But Brexit means that everything is about to change. Regardless of whether or not a trade agreement is reached, the UK will leave the single market and the customs union on the 31st December. The British Border Force along with HM Customs and Excise face significant challenges to keep people and goods moving in and out of the UK while at the same time maintaining a high level of security. Additional visa requirements will mean more immigration checks at air and sea ports and it’s estimated that the number of customs declarations with increase enormously from 60 million to 300 million a year. 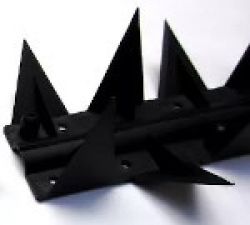 We are experts in all forms of anti climb and perimeter security. Our knowledge, experience and expertise led to the design and development of our widely popular Roller Barrier, non-aggressive anti climb system which is now extensively used around the world. But we also recognise that there are situations in which more aggressive looking anti intruder systems are most suitable. Spiked barriers have an aggressive appearance that immediately presents a strong visual deterrent to any would-be intruder. And spiked barriers are very effective in keeping animals from climbing over them.