How Security Animals are Keeping Us Safe 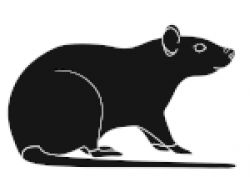 Historically, animals of almost every type have been used to provide protection and security. Big cats, elephants, alligators and even venomous snakes have all been employed to provide valuable protection. In this post we reflect on how the capabilities of our furry, feathered and buzzing friends have been used for our security.

Birds played enormously important roles during WWII for both the Allied forces and their opponents. Radio communication was unreliable and obviously susceptible to interception so carrier pigeons were used to provide essential communications and intelligence.

The use of highly skilled sniffer dogs at airports is widely known. Dogs have up to around 300 million olfactory receptors in their noses, compared to just 6 million in humans. And the part of a dog’s brain used to analyse aromas is around 40 times larger than ours. These incredible capabilities have enabled trained dogs to detect around a dozen human diseases, including COVID-19.

This list demonstrates the versatility of detection dogs and their exceptional capabilities.

A clever sniffer dog named Sherlock has even been successfully used by KLM at Amsterdam Schipol airport to reunite passengers with their lost property. Valuables, including mobile phones, headphones and other misplaced items, which are attached to the dogs back who then goes in search of the rightful owner amongst the travellers at the busy airport.

The bomb sniffing capabilities of dogs are well known. But remarkably, the aroma detecting skills of honey bees have also be harnessed for explosives detection.

Bees are trained using “classical conditioning training” to associate specific smells (explosives) with food, and they stick out their tongues in response. Importantly, it has been discovered that bees can detect explosives at incredibly minute concentrations.

Trained bees are placed in a cartridge along with a digital camera linked to image recognition software. By placing a sample of air in the cartridge the camera and recognition software automatically recognises when bees protruded their tongues in response to a detected scent of explosives.

Bomb detecting bees have also been used over wide, large-scale areas where they have been highly effective in finding land mines. Trained bees can sniff out landmines up to 3 miles away and indicate where they are by swarming around them. Heat detecting cameras are used to keep track of the bees and identify locations where they swarm.

A recent report has highlighted the long service of Magawa the rat, employed in Cambodia to detect landmines. Awarded a gold medal for heroism, Magawa sadly passed away at the age of eight. In the rodent’s illustrious five year landmine detecting career the talented rat sniffed out over 100 landmines and explosive devices, clearing more than 141,000 square metres, equivalent to around 20 football pitches. Its reported that Magawa could search an area the size of a tennis court in about 20 minutes which would take a person with a metal detector anything from one to five days. There’s no doubt that Magawa’s incredible detection skills saved many people from horrendous injury and death.

A Belgian nonprofit organisation called RescueRats, based in Tanzania, recently started a trial in which rats are trained to search for survivors in disaster situations. Its reported that rats have the same olfactory capabilities as dogs but their small size means they are better able to penetrate into areas of dense rubble and debris. The African giant pouched rats, used in the trial, are just as trainable as dogs but they have the advantage of not becoming attached to just one trainer.

Military marine mammals, including bottlenose dolphins, seals and sea lions, are being trained and used for various military purposes. Both the USA and Soviet armed forces use trained oceanic dolphins for a variety of tasks including bomb detection and guarding naval vessels. Dolphins and seals have been trained to carry tools for divers and detect mines, torpedoes and ammunition. They are able to work up to 120 metres deep and seals are recognised for their “high professionalism” and exceptional ability to learn, understand and retain oral commands.

Police forces have used dogs and horses for many years. Police dogs are typically used in substance detection roles, exploiting their excellent sense of smell to quickly find drugs, explosives and firearms.

Police horses are most commonly used for crowd control at events such as protests and football matches. These horses are specially trained to remain calm in noisy situations, enabling their riders to get into areas inaccessible to police vehicles.

Dogs Aren’t the Only Guard Animals

Geese are notoriously aggressive - and noisy. They are extremely territorial and if they feel threatened will make an incredible racket. They also have exceptionally good eyesight along with excellent hearing which makes them more effective than dogs when detecting intruders.

Donkeys are also highly protective of their territories. They have excellent hearing and will make an incredibly loud braying sound if they are made anxious by intruders.

Another territorial animal, Llamas can be trained to guard other animals. Although they tend to look fluffy and friendly they will potentially fend off would be intruders by running at them with their heads bowed while making an unusual growling sound. They may even strike at intruders with their front legs to send them packing.

These few examples demonstrate how our animal friends have exceptional senses and incredible skills. With the right training, care and handling these capabilities can be used to improve our safety and security - as well as returning lost property at Schipol airport.

If you have any questions about your security needs or if you have any special requirements remember that we are here to help. Give us a call on 01273 475500 and we’ll provide you with free, expert advice.

This message was added on Thursday 27th January 2022