How to Prevent E-Bike Theft 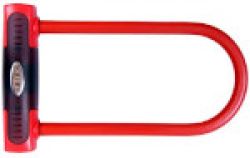 The Coronavirus lockdown and the recommendation that we avoid public transport has prompted many of us to hop on our bikes. But researchers at the University of Leeds’ Centre for Research into Energy Demand Solutions (Creds), report that the greatest impact on emissions will come from the use of electrically assisted bicycles outside urban areas.

The global e-bike market is projected to grow from and estimated $21.1 billion in 2018 to reach $38.6 billion by 2025 as the popularity of electric bicycles soars. This is underpinned by people’s need to safely get back to work while avoiding unnecessary contact with others, along with their desire to do something positive for the environment by not using their cars.

What is an E-Bike?

Some people say that e-bikes or electric bicycles are not real bikes at all. The reason is that many think of electric bikes as electric mopeds which require nothing more than a twist of the throttle to drive them forwards. But this is incorrect.

E-bikes are more correctly known as ‘electrically assisted bicycles’ or ‘electric assist bikes’. E-bikes have all of the features found on conventional bikes, including pedals to drive them forwards. The electrical component of e-bikes simply assists with pedalling, but doesn’t replace it. As the rider pedals the bike a battery powered motor engages to assist with the effort required, helping with acceleration, maintaining a constant speed and providing additional power where needed. Importantly, e-bikes are pedal powered in just the same way as regular bicycles, but they are assisted by an electric motor.

One of the main reasons people invest in an ebike is to get to work. And a key reason why e-bikes are growing in popularity over regular bicycles is that they help overcome the issue of arriving at work exhausted and sweaty after a hard cycle ride. Electrically assisted cycles enable the rider to exert far less effort and enjoy a more relaxed ride while travelling safely to work.

It’s clear that electrically assisted cycles offer a number of real advantages for people who want to cycle to work or simply get out and about. With the boost provided by the electric motor it’s readily possible to cover far greater distances and tackle hills along with difficult terrain while avoiding becoming sweaty and tired.

Although some have labelled e-bikes as cycles for lazy people this is far from the truth. They are increasingly being used by training and leisure cyclists who appreciate that these are real bicycles allowing riders to exert as much energy as they like, with the benefits provided, when needed, by a lightweight electric motor.

There are now high-end, carbon fibre road e-bikes retailing for over £10K and electric mountain bikes costing more than £12K. These are serious bicycles for serious cyclists which, in many cases, are almost indistinguishable from their non-electric counterparts.

E-bikes enable people to enjoy their cycling without having to worry about getting tired out or struggling to negotiate difficult hills. Electric mountain bikes, for example, allow riders to practice and develop their technical bike handling skills without wearing themselves out slogging up hills to practice their descents.

The recent surge in e-bike interest is clearly illustrated in this chart from Google trends showing UK searches for the term ‘e bike’ over the past 12 months.

As can be seen, between March 15th and May 17th 2020 the volume of UK searches for ‘e bike’ queries increased dramatically, coinciding with the beginning of the UK Coronavirus lockdown.

It’s also worth mentioning the UK Governement’s Cycle to Work Scheme which is part of the Governments Green Transport Plan. The plan aims to cut congestion on the roads, improve the health of the nation and have a positive impact on the environment. The cycle to work scheme enables people across the UK save money on a bike and/or cycling accessories to use when cycling to work.

E-Bikes, E-Scooters and the Law

Sadly, Britain has already fallen behind other countries over the introduction of legislation governing use of e-scooters. In other countries there are e-scooter share or rental schemes while here in the UK no such schemes are able to operate. But under plans announced by the transport secretary e-scooters will initially be allowed in a number of what are called ‘future transport zones’. These are Portsmouth and Southampton, the West of England Combined Authority (WECA), Derby and Nottingham and the West Midlands.

Currently, under British law, e-scooter riders face a £300 fixed penalty notice and six points on their driving licence for using these vehicles on a road or pavement. E-scooters are legal to own and ride, but only on private land where the rider has permission.

Electric bicycles, sometimes called pedelecs, fall into the same category as ordinary pedal cycles as long as they have working pedals, don’t have rated power in excess of 250 Watts and the electrical assistance cuts out when the bike is travelling at 15.5 mph (25 km/h). Legally these vehicles are classed as ‘electrically assisted pedal cycles’ or EAPCs. This makes it entirely legal to ride these electrically assisted vehicles on roads, cycle paths or anywhere else that’s OK for a conventional bicycle to be used.

Electric bikes with power ratings in excess of 250 Watts are legally classified as electric mopeds, if they are to be ridden on the roads. As such they must be ‘type approved’, registered, taxed, insured and have a valid MOT. Also, the rider must be appropriately licenced and trained and must always wear a helmet.

Although many forms of crime declined during the Coronavirus lockdown bicycle thefts are noted to have increased significantly. Admiral Insurance has reported a 46% year-on-year increase in claims for bicycle theft over the 7 week period from the start of the UK lockdown on March 23rd 2020. Interestingly, the number of home insurance claims declined over the same period.

Factors contributing to this apparent surge in bicycle theft include the fact that many more people are taking to the roads on bicycles which has led to a rise in bicycle sales. Unfortunately, many of these people are new to cycling, or haven’t cycled since they were younger, so they are far less aware of the crime risks. Criminals see these newly acquired bicycles as relatively easy targets which can be easily and quickly sold on, due to increased interest and demand.

Admiral Insurance is warning all cyclists, whether they are experienced or new, to be extra vigilant, to keep and eye out for thieves and to step up their bicycle security measures.

E-bikes are also being targeted by thieves who know how valuable they are and how much they are in demand. In one recent case thieves stole the e-bike belonging to a PCSO (police community support officer) who was dealing with an issue in Salford, Manchester. Although the electric bicycle was fully liveried with Manchester City Police markings and was inside a building, opportunist thieves still took the bike, possibly in the hope that they might resell it.

When it comes to securing e-bikes it’s important to consider the cost and impact of losing the bike. As previously noted, high end electric bicycles can cost way in excess of £10K and if you take a look at any e-bike retailer you will see electric road bikes and mountain bikes typically priced between £2K and £5K. Most home insurance policies require that any items that are worth more than £1.5K are specifically identified to the insurer. As a general guide you should always allocate around 10% of the item value to security. So if your new e-bike has cost you £2K you should be allocating around £200 for security precautions.

The following recommended security measures will help to keep your bike(s) safe and secure:

Most people need to securely store their e-bikes at their homes and often at their workplaces. Ideally bikes and e-bikes should be securely locked and stored somewhere they can’t be easily seen by opportunist thieves. Garages, sheds, outbuildings or even purpose built bicycle storage boxes are commonly used. People will also often bring their valuable cycles into their hallways or places of work, which can be effective.

It’s important to ensure that the structure or building in which valuable e-bikes are stored is locked and secure. While a shed might have a strong lock and hasp on the door it may have weaker potential entry points around the windows or even via the rooftop. Some workplaces, recognising the demand from their workers, are now investing in secure, locked cycle compounds.

It’s always important to make certain that cycle storage locations present formidable barriers to would-be thieves, whether at home, at work or elsewhere.

Securely locking valuable cycles away inside a garage, shed or cycle storage box is a great precaution but it’s only one layer of security. Using a high quality cycle lock to securely attach the e-bike to an immovable anchor point adds another formidable layer of protection that will effectively deter would-be thieves.

When at home, robust, high security security chains and locks can be used which can be left in place. But when on the move or visiting places a practical, portable cycle lock that can be comfortably carried is a more suitable option.

Although people have become accustomed to hearing the sound of alarms and they may not respond with urgency, a loud bike alarm can act as an effective deterrent. But it’s important not to rely on a bike alarm as the only layer of cycle security.

Marking valuable cycles using an asset marking kit and registering ownership with the police national database is another powerful theft deterrent. Importantly, if your valuable cycle is ever stolen then the asset marking will help get the bike back to you.

If you are amongst the many people who are leaving their cars behind, avoiding public transport and investing in an e-bike for the commute to and from work please make certain you don’t become the victim of crime. Take care of your valuable possession by implementing these basic security precautions and you will keep the thieves at bay.

Take a look at our selection of top quality E-Bike and Bicycle Security products here.

If you have any questions or concerns about bicycle or e-bike security remember that we are here to help. Give us a call on 01273 475500 and we’ll give you some free, expert advice.

This message was added on Thursday 16th July 2020