Large-Scale Fly-Tipping On the Rise 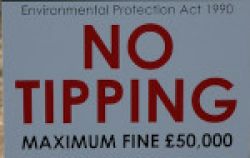 Councils throughout the UK are reporting record costs to taxpayers incurred for cleaning up incidents of illegal fly-tipping. Many are reporting that major fly-tipping offences have increased due to organised criminal gangs but the Government has suggested that the apparent increase could be down to better recording of offences.

But it has been pointed out that criminal gangs are taking advantage of regulatory failings in the waste-disposal industry. They are setting up fake waste-disposal businesses, hiring buildings and land where they dump waste and then abscond, leaving landowners and local authorities with huge clean-up bills.

Large scale fly-tipping is defined as quantities of waste which are tipper-lorry-load or more in size. This type of fly-tipping crime has more than doubled over the past 6 years as criminal gangs have become increasingly well organised and aware of the opportunities that currently exist. Large scale fly-tipping clean-up costs account for over 20% of the total costs to local councils. Last year alone (2019) saw local authorities spend around £13 million in dealing with large scale incidents.

Remote, rural areas have always been a prime target for fly-tippers. Most often, they take advantage of quiet country lanes where they dump van-loads of rubbish without risk of being seen.

But rural areas are also targeted by large-scale fly-tippers who use lock-cutting tools to access land and farm buildings where they dump vast quantities of waste. There have even been recorded incidents in which criminals have concealed the waste by compressing it into plastic-wrapped bundles that resemble hay bales then leaving them stacked in fields for the landowners to deal with. The cost of the clean-up is astronomical. 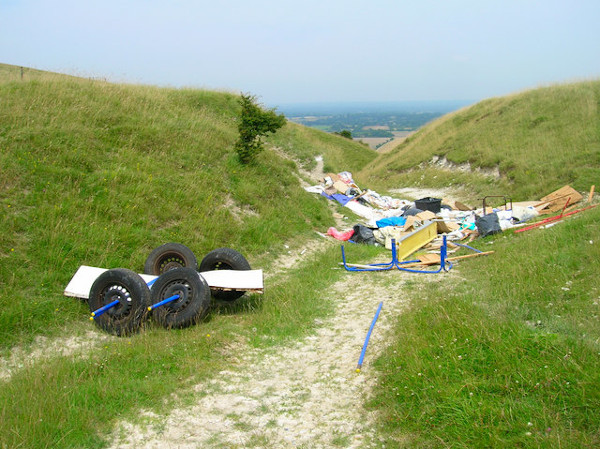 Fly-tipping is a scourge on rural communities that’s been growing in both scale and severity. It blights communities by encouraging vermin, leaving hazardous items and materials where animals and children can come into contact and leaching toxic chemicals into the environment. For agricultural businesses that depend on soil conditions, this can be disastrous. Animals that come into contact with tainted soil can also suffer significant health issues.

UK Fly-tipping legislation is all about dealing with what’s called ’controlled waste’ ’Controlled waste’ refers to household, commercial and industrial waste that includes:

It is an offence to transport controlled waste without being registered under Section 1 of the Control of Pollution (Amendment) Act 1989. There is also a Fixed Penalty Notice of up to £300 for failure to produce registration documents on request.

It should also be noted that employees of businesses who are caught handling controlled waste in a vehicle without the business having the required registration cannot claim that they were acting under instruction from their employer as their defence. In these circumstances employees are personally liable for prosecution. 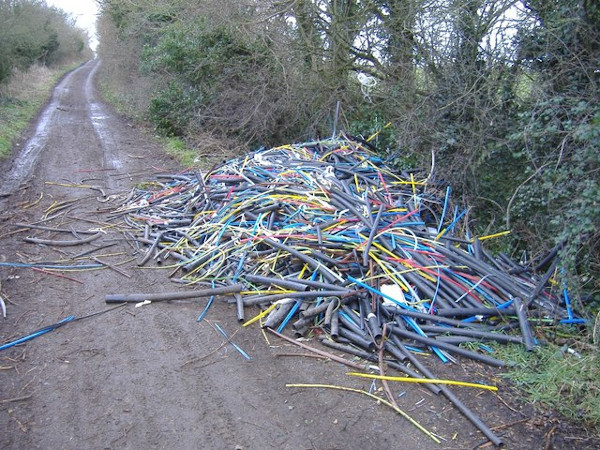 Producers of waste are obliged to make certain that waste is properly labelled and disposed of. This responsibility applies to householders who commission the services of a waste disposal operator to deal with their waste. When disposing of waste to anyone other than the local authority it must be ensured that they have a ’waste carrier number’ which can be checked and confirmed on the Environment Agencies Public Register. If a householder doesn’t check the waste disposal operator’s credentials and they commit a fly-tipping offence then the householder is liable for a fine of up to £400.

Why is Fly-Tipping Increasing?

Incidents of fly-tipping have doubled across the UK over the past 6 years prompting many local authorities to look into the likely causes. One of the key reasons is thought to be the charges levied by various regional authorities to dispose of specific types of rubbish such as DIY waste. Cash-strapped local authorities, forced to tighten their belts due to cuts from central government, have started imposing these charges - which have significant implications and knock-on effects.

Fly-Tipping - What You Can Do

Firstly, if you discover fly-tipped waste, don’t touch it. While you may be tempted to rummage in the rubbish, seeking some form of identification, don’t. It may contain broken glass, syringes or other harmful items or materials, such as Asbestos. Try not to disturb the site, as there may be evidence that can be usefully retrieved by people who know how.

What to do if you come across fly-tipped waste:

But what if you see someone or a vehicle engaged in fly tipping? Here’s what you should do: 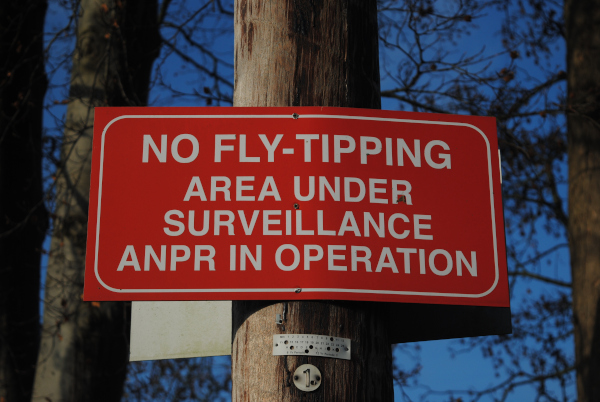 Take steps to avoid becoming a victim of large-scale fly-tipping by identifying areas of vulnerability around your property and mitigating risk.

As noted, remote, rural properties and farms are particularly susceptible to large-scale, costly fly-tipping attacks. The risk of becoming a victim is significantly reduced by paying rigorous attention to perimeter and property security measures. For example, using the best, high quality, bolt-cropper-proof padlocks and chains, to secure gateways and farm buildings will deter would-be rubbish tippers. And movement triggered lighting is another low-cost property security precaution that’s been found to be highly effective.

If you have any questions regarding property and perimeter security remember that we are here to help. Give us a call on 01273 475500 and we’ll give you some free, expert advice.

This message was added on Monday 17th February 2020