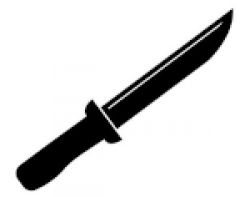 Knife crime has a huge impact on businesses, families and communities. Operation Sceptre is a national campaign which takes place twice a year, supporting the work UK police forces carry out all year round to ensure residents are safe from knife crime in their community.

But patterns of knife or sharp instrument related incidents vary across the various UK police force areas. For example in Manchester, which is recognised as an area with a high volume of knife related crime, a 14% increase in incidents is reported. Whereas in London the Metropolitan police report a 7% decrease in knife related crime.

What is Operation Sceptre

An important aspect of these intensive ‘weeks of action’ involves engaging with retailers, youth groups and charities as police forces recognise early intervention is vital in stopping those intent on carrying knives.

The previous week of action, from Monday 15 November to Sunday, 21 November 2021, resulted in 1,977 people arrested, of which 773 were related to knife crime offences. Weapons seized during the week included machetes, swords and hunting knives. UK Police forces used every tactic available including weapons sweeps, knife arches in public places and events and honesty bins, encouraging people to hand in weapons. Over the course of this week police officers seized 936 knives and 8703 were either surrendered or found in sweeps.

“The effects of knife crime can cause devastation among individuals, families and communities. Every force across the country works tirelessly to take knives off the streets and crack down on the serious violence associated with them. This week has seen an extraordinary effort to intensify that focus.

“We have seen some outstanding results in the last week taking 9,639 knives off our streets and making 773 knife related arrests, more than any previous Op Sceptre. This enforcement activity makes it clear that we will not tolerate knife crime.

“Op Sceptre highlights the continuing commitment of the police to work with the public in preventing young people carrying knives and our latest Op Sceptre saw our engagement with schools and communities increase to higher levels than ever before. Young people must understand that carrying a knife is not the answer, nor does it offer the protection they think it does. It only puts them at greater risk.”

The latest Operation Sceptre week of action kicked off on Monday 16 May and ends on Sunday 22 May 2022. Police forces throughout the UK are intensifying their work to highlight the risks that carrying a bladed weapon can bring, as well as targeting offenders who use and carry knives.

Police activity throughout the week includes visiting schools to educate youngsters, using metal detecting knife arches in key locations, carrying out knife ‘sweeps’ in public parks and other locations, visiting people known to be habitual knife carriers. Efforts are also made to verify that retailers selling knives are performing age verifications, challenging anyone who they believe to be under 18 and ensuring all knives are displayed safely, securely and appropriately.

Amnesty bins are provided at police stations throughout the UK enabling people to dispose of knives without fear of being punished.

Knife Crime in the UK

Knife crime statistics from England and Wales reflect how incidents have declined for 6 consecutive quarters, up until September 2021. But when examined over a 10 year period we see a 29% increase in knife crime compared with 2011.

Around 10,500 knife crimes were recorded in London over the 12 month period up to September 2021 which shows a 16% decline over the previous year. These figures indicate knife crime in the capital is now at it`s lowest level for a decade. It is hoped that Operation Sceptre and the work carried out to raise awareness will see further reductions in knife crime.

How to Prevent Knives from Entering Your Premises

Night clubs, bars and public events all have a duty to keep their patrons safe and one of the key challenges is preventing miscreants from bringing knives, and possibly other weapons, into their establishments. As noted in this report, operation Sceptre sees UK police forces setting up metal detecting knife arches in various locations where they challenge people to undergo searches. Requiring attendees to pass through metal detectors before entering a premises or an event is a rigorous anti-knife precaution.

Handheld metal detecting wands are another useful device commonly used to locate metal objects that someone might be hiding. These wands are particularly useful in carrying out random searches without having to come into physical contact with the person being searched.

And Random Search Selectors are useful devices that prevent the possibility of bias or prejudice influencing the selection of individuals to be searched. The possibility of being randomly selected for a metal detector based search is a powerful deterrent against carrying a knife.

If you have any questions about what you can do to detect knives and other weapons or if you have any special requirements remember that we are here to help. Give us a call on 01273 475500 and we’ll provide free, expert advice.

This message was added on Thursday 19th May 2022