Protect Your Property from Letterbox Arson 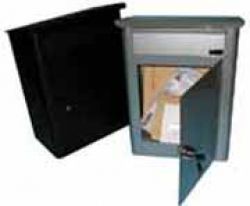 Reports from the UK National Fire Chiefs Council tell us that although since 2011/12 arson has reduced by 30% across England, Scotland and Wales there has been a worrying upward trend since 2014/15 resulting in an increase of 15%. Arson is defined by the Criminal Prosecution Service as criminal damage caused by fire. The offence of arson is committed when someone destroys or damages any property by fire or they intend to destroy or damage property by fire. Conviction for arson can potentially result in a custodial sentence of up to 8 years, or even higher in some cases.

There are over 200,000 recorded cases of arson throughout the UK every year. In most of these the biggest impact is financial, due to the criminal damage that’s caused. But the demand on our stretched Fire and Rescue Service is also very significant with limited resources being diverted away from other important activities. Luckily there are precautions that can be taken to deter and prevent some forms of arson attack.

Why Do People Commit Arson?

Arson is recognised as a complex offence wherein the perpetrators themselves quite often unclear about their motives. According to home office statistics most of the people convicted for this crime are in the 10-25 year old age group.

There are 6 motive classifications associated with fire-setting.

Vandalism is well known. Abandoned buildings, vehicles and vegetation are typical targets but educational facilities (schools and colleges) along with public buildings are also often targeted. Most vandalism based arson attacks are carried out by juveniles and will often be associated with schools, school grounds and property.

Excitement based arson attacks are perpetrated by thrill seekers. They will most often set fires in situations that they are familiar with and they will generally stick around to watch and sometimes photograph or video the fire in progress.

Revenge arson attacks can be amongst the most deadly. They are carried out by someone who wants to retaliate over something and will often be targeted at specific individuals, groups or known institutions, such as schools.

Crime concealment arson is carried out to hide another crime. In these situations the arsonists believe that by burning evidence they will thwart crime investigations. While this is true of some forms of evidence such as documentation, there is much that fires will not destroy.

Profit based arson crimes are all about financial gain. A typical example is insurance fraud wherein a fire is set in order to make a fraudulent insurance claim. Fraud is often recognised as a motive for profit based arson attacks. Fraudsters are known to have used fire to clear land or destroy buildings in order to bypass planning requirements and overcome restrictions such as tree preservation orders.

Extremism can motivate people to commit arson attacks. Extremists, either in groups or as individuals, might select very specific targets to further their cause. They are often very well organised and may use sophisticated incendiary techniques.

Protecting Homes and Property from Arson

One of the points of vulnerability that exists in most homes and other UK properties is the letterbox that we have in our main doors. Letterboxes provide an opening directly into homes, business, schools and other buildings so it’s not surprising that they are a typical access point for would-be arsonists.

If an arsonist posts a firework, a burning piece of paper or maybe even an inflammable liquid like petrol through a letterbox it can result in disaster. In most situations our postal mail comes through the letterbox and simply lands on the welcome mat. If, instead of mail, a stream of petrol followed by a lighted piece of paper were posted through the letterbox then the welcome mat would quickly go up in flames causing far more serious damage and possibly danger to life.

In response to the need for a safe mailbox solution Insight Security manufacture and distribute the Mailpro range of anti arson mailboxes. These clever mailboxes are designed to securely contain anything that’s posted through letterboxes, including lighted fireworks and flammable liquids. Models include built in fire detection and extinguishing systems that prevent arson attacks via letterboxes. They also valuably protect against unpleasant materials such as urine and dog mess from being posted through letterboxes.

How Does Mailpro Work?

Mailpro mailboxes are equipped with two of these extinguishers, mounted on the internal underside of the box. Police statistics have shown that in around 70% of arson cases if the arsonist fails on the first attempt they will try a second time before the police can reach the scene. That`s why Mailpro anti arson mailboxes are fitted with two extinguishers.

Take a look at our video in which you can see a Mailpro anti arson mailbox extinguish a paper fire inside the box so quickly that the paper is hardly damaged. A key feature of the Mailpro system is that mail inside the box is significantly protected from the effects of fire.

If you have any questions or concerns about arson prevention remember that we are here to help. Give us a call on 01273 475500 and we’ll give you some free, expert advice.

This message was added on Thursday 27th August 2020