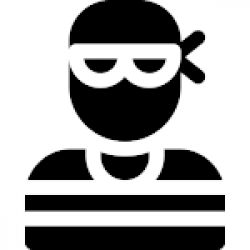 Many countryside homes, farms and businesses rely on oil for their heating and cooking. But rising energy costs are making valuable heating oil an increasingly attractive target for criminals. In this post we look at how the cost of living crisis is impacting rural communities and what countryside dwellers can do to improve their fuel-oil security.

Over 1.5 million households in the UK rely on heating oil which has more than tripled in price over recent weeks. Many are concerned for elderly people living on limited fixed incomes in rural areas where there are no alternative ways to heat their homes. And the increasing value of heating oil is making it a target for organised criminals who know that remote, rural properties inhabited by older people are often relatively easy targets.

What is Heating Oil

Heating oil is primarily used by properties that are not connected to the national gas grid. Most of these can be found in the countryside with oil storage tanks located outdoors, typically in their gardens.

The primary form of heating oil used in the UK is kerosene which is supplied in two grades, premium and standard. Experienced local fuel oil suppliers deliver to rural properties to fill their tanks, when required. The premium grade heating oil includes added chemicals that can improve a boiler’s efficiency and reduce the build up of sludge in the oil tank.

Heating oil is generally considered to be a relatively efficient form of fuel, but rising prices are causing a great deal of concern and anxiety amongst users who don’t have enough income to cover huge price increases.

Why are Prices Increasing?

Wholesale costs for oil notably increased in August 2021 as demand outstripped supply, pushing prices up. The Russian invasion of Ukraine has now added to the developing cost of living crisis as sanctions imposed on oil-producing countries increase the price of crude oil.

The UK has stated that it will entirely phase out the importation of Russian oil which is likely to result in even further price increases.

How Heating Oil is Stolen

The oil tanks used by rural properties to store their heating oil, can potentially hold thousands of pounds worth of oil. As the value of this stored oil increases it becomes an increasingly attractive target for thieves. And since there is a growing demand for cheaper heating oil, criminals know they can easily and quickly sell it on or keep it for themselves. There have even been reports in which criminals have sold stolen oil back to their victims.

As noted, oil tanks are generally located outdoors, in the gardens of rural properties. Opportunistic thieves may be on the lookout for these tanks which can often be located close to property entrances, making them more conveniently accessible for oil deliveries but also easily spotted by criminals seeking easy targets.

Other techniques used by criminals to identify targets include identifying properties with oil tanks from Google Earth or following oil delivery vehicles to their customer’s properties.

Having identified where the valuable oil is stored, thieves will typically syphon, decant or even pump the oil into their own storage containers or tank.

Crime data shows that heating oil theft has tended to be most prevalent in the first quarter of the year, when days are short and tanks are most likely to be full. But recent price surges have meant that heating oil is becoming an increasingly valuable commodity that thieves will attempt to steal at almost any time.

How to Prevent Heating Oil Theft

Its worth being aware that a 1,000 litre oil tank can be completely drained within just a few minutes. But there are a number of recommended precautions that will mitigate the risk of being targeted.

Position Your Oil Tank in a Secure Location

It must always be remembered that the location of a heating oil tank must comply with OFTEC regulations.

It`s noted that there are now very specific rules regarding the location of oil tanks. These rules are primarily related to fire safety and detail exactly how far tanks need to be away from buildings, openings (doors and windows), boundary fences and more.

Police forces recommend that outdoor tanks are positioned as close to the house as possible, within view of a window and as far away from the road as possible. This helps prevent the tank from being visible from the road. It`s also recommended that if the tank can potentially be seen it should be concealed using plants, fencing or maybe trellis. It must be ensured that the location fully complies with the distances stipulated in the OFTEC regulations.

Another important recommendation for outdoor oil tanks is to prevent them from being identified from satellite imagery by installing a cover or roof. But it must always be ensured that access for servicing isn’t impeded.

A low cost security enhancement is to create a gravel path up to and around the oil tank. Noisy gravel pathways can deter opportunist thieves who like to work under cover of darkness in silence.

But its worth noting that British Standards permit oil tanks to be located indoors as long as the indoor space complies with specific requirements, including ventilation and fire resistance. Another option is to install the tank underground as this restricts accessibility and visibility of the tank. But since underground oil storage has a higher risk of pollution there are additional guidelines that must be complied with and planning permission may be required.

Steel oil storage tanks are more secure than their plastic counterparts. Steel tanks are heavier, making them far more difficult to remove and plastic tanks are more easily drilled into, enabling stored oil to be syphoned off.

If an oil tank is located outdoors then an oil tank cage that fully encloses the oil tank is a useful additional barrier. Unfortunately, this option isn’t viable if space is limited.

Investing in the best, high security padlocks to secure oil tanks or tank cages is a primary recommendation. While criminals will sometimes come equipped with bolt cutters and possibly battery powered angle grinders, high quality CEN rated security padlocks present a formidable barrier that`s enough to put most of them off.

Since oil tanks are generally located in the garden or outdoor areas around rural properties criminals often need to gain access to position themselves close enough to syphon off the fuel. Strengthening security at gate entrances using high security chains and  padlocks will be enough to deter most opportunist criminals.

Another option is to install dusk-til-dawn lighting that ensures the tank is illuminated at all times.

Modern CCTV systems are becoming increasingly affordable and when used in conjunction with other precautions (security lighting) provide a very strong deterrent. An alternative is to use fake or dummy CCTV cameras but some criminals are able to recognise these. CCTV systems should always be used with appropriate CCTV warning signage, which also acts as a powerful deterrent.

Many rural heating oil users will already have wireless oil level monitoring systems that communicate with a receiver inside the home. These wireless systems have a range of up to around 200m, which is enough for most applications. These systems are generally used to ensure that tanks never run dry, but they also provide a valuable indication of abnormal usage and possible theft.

These systems can also act as another powerful deterrent by presenting a sign or sticker on the tank warning people that ‘This tank is alarmed’.

Its worth remembering that if an oil tank is targeted by thieves the lost oil is often only a part of the costs involved. In the process of committing their crime they may have damaged the tank, pipework and security precautions that were in place. And if any oil was spilled during the theft then an environmental assessment and clean up may be required, which can be very expensive.

Many of those who use heating oil are unaware that most home insurance policies don’t provide cover for heating oil theft or the damage that can be caused. Its therefore strongly recommended that appropriate insurance cover is obtained.

If you have any questions about perimeter security or if you have any special requirements remember that we are here to help. Give us a call on 01273 475500 and we’ll provide you with free, expert advice.

This message was added on Thursday 31st March 2022