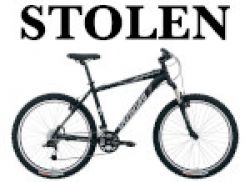 In our March blog post we reported how police forces throughout the UK were warning people of the increased risk of bicycle theft as COVID restrictions eased, summer approached and people began to get out and about on their bikes. In this post we provide a salutary report of brazen cycle theft which highlights how organised crime gangs are specifically targeting bicycle owners, highlighting the need for both robust security and vigilance.

When Mr M settled into bed for the night, little did he know that he had been watched by cycle thieves and his family were about to become victims of an organised criminal gang.

Living with his wife and two children in a luxury flat in Brighton it was not practical to keep the four family cycles, a mixture of pedal cycles and e-bikes, in their upper storey flat. So their valuable bicycles were stored in the residents-only, gated car parking area located below the flats.

At around 1.00am in the morning, four intruders entered the residents-only area and quietly rode the bikes out of the car park and away from the building. Fortunately, a good neighbour spotted the riders as they departed and realising that something was very wrong, sent out an urgent text alert to the local neighbourhood watch community.

The thieves were spotted by another alert nearby resident who realised something was wrong as the gang parked the cycles against his front garden wall and walked away into the night. So he immediately called the police and moved the bikes into his garden for safekeeping.

A little later, when he went out to check the bikes, a van pulled up in front of his house. The occupants, who had spotted the bikes in his garden, said they had come to collect their bikes and wanted to take them. The good neighbour bravely refused and told the criminals that the police were on their way. This prompted them to swiftly scramble back into their van and race away before the police arrived.

On this occasion, thanks to the vigilance and bravery of neighbours, these valuable bikes were safely returned to their rightful owners who then wisely invested in robust security chain and padlock protection for their bikes.

Unfortunately, this was not an isolated incident and reports of targeted cycle theft are increasing throughout the UK. Cyclists are being spotted and watched by organised criminals who monitor where valuable bicycles and e-bikes are being stored. In this incident, it looks like the family had been observed riding their bikes together, their movements had been tracked and the storage location of the bikes in the residents-only parking facility had been identified.

The actual act of stealing was timed to be carried out at night when the thieves knew there was minimal risk they would be seen. Their well rehearsed tactic of leaving of the bikes at a different but nearby location for later collection, minimised the risk of them being caught in possession of the stolen bikes. And the way they casually returned with a van to collect the bikes at a later time, claiming the bikes were theirs, clearly reflects the planning, organisation and experience of these criminals.

The intervention of an alert, eagle eyed neighbour prevented this family from losing a number of bikes with a collective value running into thousands of pounds. Its worth noting that increasingly popular e-bikes sell for between £1,000 and £6,000 each and high end models can cost up to £20,000. Thieves know there is high demand for these valuable bikes which can be easily resold on the black market.

The value of this families increased investment in bicycle security was demonstrated when they were once again targeted by bicycle thieves just a few weeks later. Although the cyclists had securely locked up most of their e-bikes there was one which had inadvertently not been chained up that night. So the criminal gang were, on this occasion, successful in stealing just one valuable bike but fortunately not those which had been locked in place.

Cycle crime is estimated to cost as much as £200million per year and many crimes are not being reported. Bicycle theft is a growing problem which UK police forces are struggling to tackle so it’s down to us all, as individuals, to take sensible precautions to protect our bikes.

It’s worth noting that during 2020, around 49% of bikes were stolen directly from owners’ homes. Since basic home insurance policies typically only provide £500 cover for bikes, specialist cycle insurance should always be considered. And bike owners need to recognise that even though their bikes might be stored in a locked garage, shed or storage facility they need to always be securely locked in place.

Read our recent blog post to learn what you need to do to protect your valuable bicycles. And remember that if you have any questions about how to improve your bike security - we are here to help. Call us on 01273 475500 and we’ll provide free, expert advice.

This message was added on Thursday 17th June 2021