A special twin pin driver bit is required to both tighten and release the screws. The Twin Hole Security Screws or Snake Eye or Pig Nose Screws also known as 2 hole security screws are manufactured from A2 stainless steel and are suitable for internal or external use. 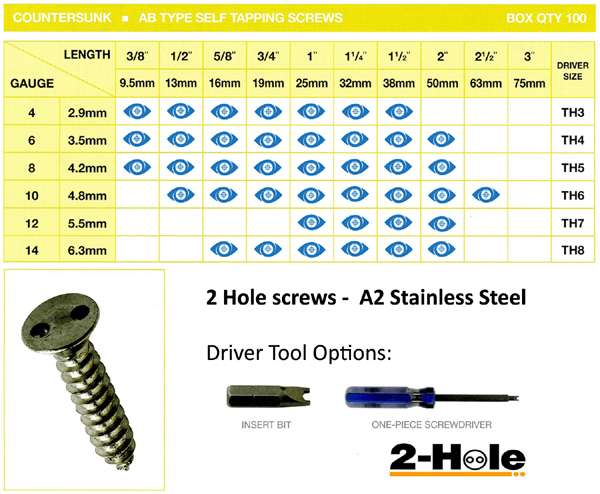 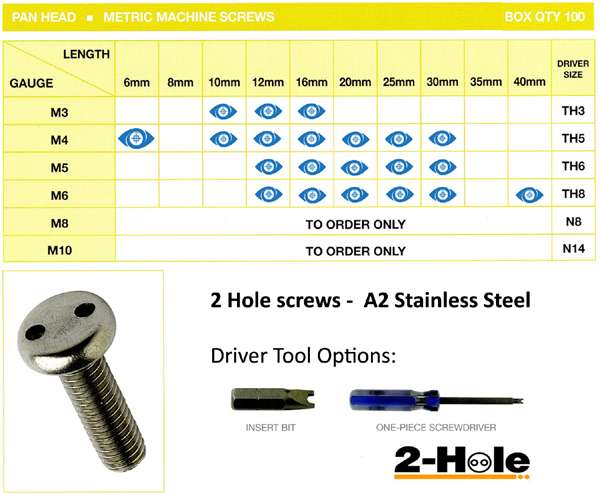 2 Hole Machine Screws - Applications
The attractive appearance of 2 hole screws make them a popular choice by Architects, where aesthetic appeal is as important as the requirement for a security fastening.

Londons' Gherkin building, the London Underground and many other well known and prestigious locations are just some of the places you'll see 2 hole security screws in use. They are also often used un public buildings to secure glass panels to the side of open staircases.
Here is just a simple example of twin hole screws installed: