What Does Tamper-Proof Mean 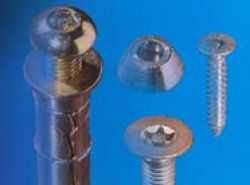 We see and hear this term all the time in a variety of contexts. There’s tamper-proof packaging, tamper-proof smoke detectors, tamper-proof electronic voting machines and the former president of Zimbabwe, Robert Mugabe, was buried in a specially designed, tamper-proof coffin due to fears that other politicians would harvest his body parts for rituals.

Here at Insight Security we offer a huge selection of various types of tamper-proof fastenings so we thought it would be useful to clarify exactly what is meant by the term ‘tamper-proof’ in this context.

The vast majority of conventional fastenings are purposely designed for widespread applications. Slotted head screws, various cross head screws, nuts and bolts all use standard, readily available screw-drivers and spanners. But a major issue with these types of conventional fastenings is that anybody equipped with commonly available tools can undo them, making them entirely unsuitable for applications requiring security.

Fasteners are ubiquitous. They are used absolutely everywhere including children’s play areas, public buildings, public transport systems, schools, colleges, military bases and government buildings. Fasteners are often used to prevent access to high security systems, so the use of standard, off-the-shelf screws and bolts would be out of the question as they would leave systems vulnerable to tampering.

The need for tamper-prevention in fastener design led to the development of various forms of secure fastenings that require specialist tools, such as Security Torx. Standard tools, available from most hardware stores, simply don’t work with these security fastenings making them far more secure and tamper-resistant than standard screws and bolts.

What is Tamper Proof?

Many of the existing definitions for the term ‘tamper proof’ tend to refer to packaging. For example, the Longman Dictionary provides this definition:

But a far better definition is provided from Lexico.com:

“Made so that it cannot be interfered with or changed.”

This makes it clear that a tamper-proof screw or bolt, for example, should be designed and manufactured such that it cannot be interfered with or changed. Once installed, a tamper-proof fastening should not be susceptible to interference or change. 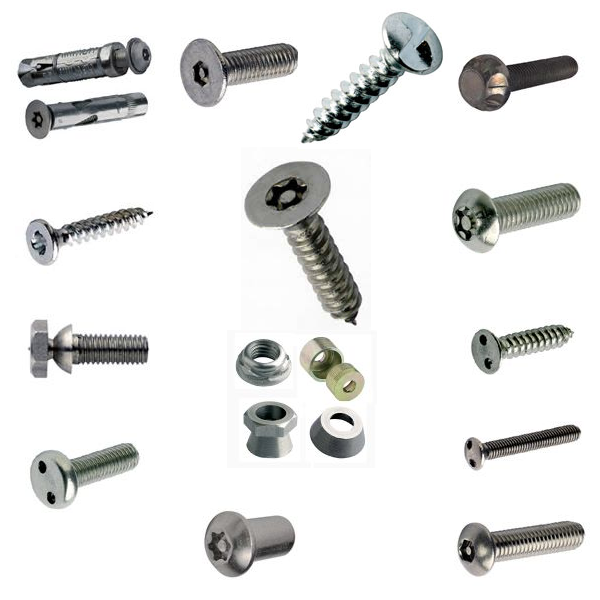 The terms anti-tamper, tamper-resistant and tamper-proof are often used interchangeably, but do they all mean the same thing?

The term ‘anti tamper’ tends to refer to anything that relates to tamper-prevention, tamper-detection, tamper-evidence and tamper-resistance. Anti-tamper labels, for example, are used extensively to label and secure pieces of IT and ICT equipment.

The term ‘tamper resistant’ or ‘resistant to tampering’ encompasses everything from simple anti-tamper features to far more complex security attributes. Tamper resistant fastenings, for example, include two-way screws which can only be removed with a matching security driver tool. They are resistant to tampering because they require a specialised tool, but since anyone equipped with the right tool can undo them they are not tamper-proof.

In the context of fastenings, the term ‘tamper-proof’ is often used to refer to one way screws and bolts which might be installed using standard tools, but once installed they cannot be easily removed. An example of tamper-proof fastenings are clutch-head screws. These are one-way screws which can be installed and tightened using a standard flat-blade screwdriver. Once installed they cannot be easily removed, although a specialised clutch head removal tool does exist for stainless steel screws. 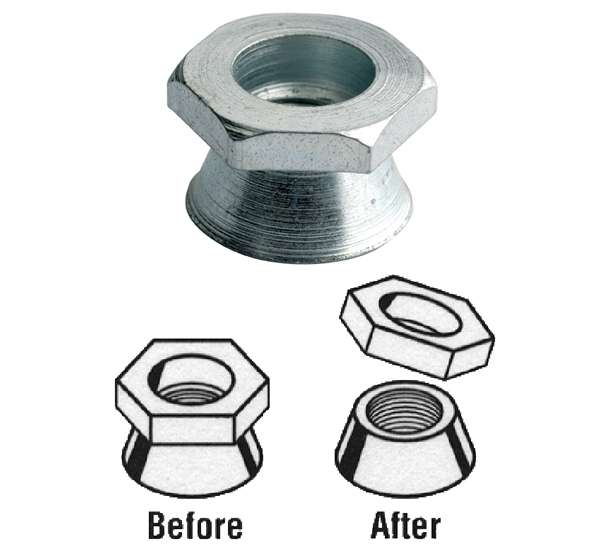 Another excellent example of genuine tamper-proof fastenings are shear nuts and bolts. Both the nuts and bolts are tightened in place using standard spanners of the right size. Once tightened in place, applying additional torque causes the hexagonal sections to shear off leaving a tight, tamper-proof, one-way fastening that cannot be removed without a great deal of effort.

It has been said that the term ‘tamper-proof’ is something of a misnomer when applied to fastenings (screws, nuts and bolts). The reason is that it can be argued that someone with enough time, skill, knowledge and toolkit could potentially overcome most forms of security fastening by drilling, sawing, hammering, chiseling or blow-torching. But in most circumstances the need to resort to these extreme measures is a significant deterrent.

The concept of tamper-proofing involves frustrating any attempted tampering and detering those who might want to. Tamper-proof screws, nuts and bolts fulfil these requirements as they cannot be undone with any form of standard tooling, thereby hindering any attempted penetration. And since the only remaining option involves a lot of effort and uncertainty, tampering is effectively prevented.

If you have any questions regarding security fasteners and tamper-proofing remember that we are here to help. Give us a call on 01273 475500 and we’ll give you some free, expert advice.

This message was added on Thursday 7th May 2020