What is the Best Bird Deterrent 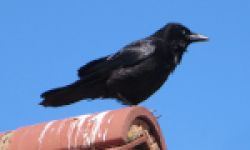 The British Trust for Ornithology has estimated that bird-loving Brits spend in excess of £200 million every year on feeding wild birds in our gardens. The past 12 months, during which many of us have spent far more time at home due to the pandemic, has prompted renewed interest in our outdoor spaces. People have reported seeing more birds in their gardens and 54% have highlighted how watching birds, in their gardens and local areas, is a great way to relieve stress. But unfortunately - birds can sometimes be a nuisance or even become a health hazard.

Sadly, the UK’s bird population is in decline due to a variety of factors including the destruction of their habitats as a result of increased urbanisation. But people are very keen to do what they can to help stem the population decline.

At certain times of the year, typically when nesting to raise their young, some birds can become problematic. Nesting birds can cause property damage and some species (such as seagulls) can be noisy and their fouling can become a health hazard. When considering the best and most effective way to deal with nuisance birds it’s essential to know that it is illegal to intentionally harm or kill any wild bird species and its against the law to disturb, damage or destroy nests.

In this post we address some of the many questions people often ask about effective bird deterrents.

How do you Get Rid of Nuisance Birds?

There are a variety of bird deterrent products and systems available today. Most are designed to provide anti bird protection to specific areas and prevent birds from returning. Historically there have unfortunately been some very aggressive products, such as chemical gels, which caused harm to birds when they came into contact. But times have moved on and thankfully there are now a wide range of tried and tested, reliable bird deterrent products which are non-harmful yet highly effective.

In some situations nuisance birds, such as fast-breeding feral pigeons, have become a significant threat to human health and the environment. This has prompted organisations, such as local authorities, to take extreme measures including culling the numbers to bring them under control. In most domestic situations this radical approach would be both unacceptable and unnecessary.

Read on to learn more about effective bird deterrent products and techniques along with valuable guidance that will help you overcome your bird nuisance issues.

What is the Most Effective Bird Deterrent?

Although there are many bird deterrent products available today there are three key types which are most widely recognised as effective:

It is worth noting that various types of bird deterrent spikes exist for protection against specific species. While polycarbonate spikes are a highly effective pigeon deterrent the plastic spikes are easily demolished by the razor-sharp beak of a gull. For this reason, anti-seagull spikes use stainless steel spikes mounted on a polycarbonate base.

It is also worth being aware that all forms of bird spikes can become unsightly as they weather and age, especially due to wind-borne debris which collects in the spikes.

Some bird deterrent gels are simply a sticky substance that’s pumped from a mastic gun onto the surface requiring protection. This type of gel is commonly used to prevent birds from perching on windowsills as it remains soft and sticky, which birds don`t like, so it discourages them from landing. This type of deterrent can be effective if sensibly installed. But heavy rain and bad weather can cause this form of gel to run off the applied surfaces and down the walls of buildings which looks unsightly and erodes the effectiveness of the deterrent.

Another form of highly effective bird repellent gel exploits the fact that birds, unlike humans, can see ultraviolet light. Bird Free Fire gel contains a mix of natural, food grade oils which emit UV light. Birds can see this emanating ultraviolet light which to them, looks like fire - hence the name. This has an immediate deterrent effect, preventing birds from coming close to it.

BirdFree Fire Gel is supplied in low profile pre-loaded dishes which make it easy to install in all manner of situations. The gel is pumped into the dishes under high pressure, forming into an almost solid mass which has been widely proven to withstand even the most extreme weather conditions, from heavy rain to persistent snow, in all manner of locations around the world. The low profile dishes are just 10mm high, which means that when they are installed on ledges or rooftopss above eye level, they are virtually invisible. The gel is totally inert and harmless and doesn’t present a fire risk.

Modern bird netting is specially designed keep birds out of a protected area without the risk of trapping birds or causing them harm. It can provide effective anti-bird protection, but is costly, requires specialist installation and can become unsightly, especially if debris collects in or behind it.

What Will Keep Birds Away?

As noted, there are various ways to tackle the challenge of problem birds, some more effective than others. People ask a variety of questions about various techniques, such as:

The specific situation and bird-nuisance challenge influences the choice of technique to keep them at bay.

Installing anti-bird netting can be a practical way to prevent birds from accessing attractive nesting areas such as rooftops or ledges. But, as noted, windborne debris can accumulate in the netting, making it unsightly. Netting installation must be rigorously carried out and routinely inspected as any gaps will potentially allow birds to gain access and take advantage of the netting as a form of protection against predators.

Ripe, soft fruits, such as cherries, are a favourite feast for birds, which is why cherry orchards, during the growing season, deploy bird netting to protect their valuable fruit.

Garden structures, such as pergolas, can naturally attract perching birds resulting in bird mess where it isn’t welcome. Bird spikes or a more discreet bird repellant, such as the Insight Security Bird Free Fire Gel, will prevent birds from taking advantage of the perch opportunity.

To prevent birds from perching on a moored boat, on a river or in a marina, there are a variety of highly effective wind powered movement based bird scaring devices available.

What Sounds Scare Birds Away?

Audio bird deterrents can be effective but it’s important to be aware of noise prevention requirements and the possibility of causing annoyance. At some airports and military establishments, a loud explosion type bang is commonly used immediately prior to a plane taking off, to temporarily clear birds away from the runway and prevent a bird strike into a jet engine, which could cause a serious problem.

People often ask whether wind-chimes will deter birds. The sound made by wind chimes may have a temporary deterrent effect but isn’t likely to last. Other audio bird deterrent techniques include playing bird distress calls through loudspeakers. While this can be effective it can also seriously upset the neighbours!

What Are Birds Afraid Of?

There are many different bird breeds, some of which are predators while others can be their prey. Birds are generally afraid of loud and sudden noises, shiny moving objects, humans and various predators including other birds and foxes.

Some venues, such as football stadia, deploy birds of prey immediately prior to the start of matches, to clear the area of pigeons, seagulls and other nuisance birds.

Birds are naturally fearful of fire, which is exploited by the previously mentioned Bird Free Fire Gel. They can also be frightened by stormy weather and other life-threatening hazards, either instinctively or due to their learned experience.

Do Fake Owls Keep Birds Away?

Owls are recognised as birds of prey and will potentially frighten off pest birds from an area that they have marked as their territory by laying down scent. A real owl is scary to most other birds and is likely to frighten them away.

Fake owls, such as those manufactured from plastic, may look impressively realistic to humans but are not likely to provide a long-term deterrent to nuisance birds. Like scarecrows and other forms of static visual bird deterrents, nuisance birds become familiar with them very quickly which reduces their deterrent effect.

What Smells do Birds Hate?

Historically, sight and hearing have been considered the most important senses used by birds. But recent research has demonstrated that birds also have a well developed sense of smell. Olfactory organs in birds play an important part in triggering group actions due to powerful chemical Pheromones released by other members of their group. In nesting areas the pheromones are retained in the materials used in and around the nest site, as well as in the waste materials excreted by the birds. This is one of the reasons why it’s vitally important to remove all debris from a site and treat the area with a strong biocide before introducing any form of bird deterrent.

When considering bird deterrents people ask a variety of questions about whether certain specific smells will keep birds away, such as:

Although a bird’s sense of smell is now recognised as important it’s unlikely that a single aroma, such as cinnamon or coffee grounds, will provide effective deterrence.

BirdFree Fire Gel, from Insight Security, is a totally safe and harmless inert gel type substance that incorporates a number of natural, aromatic, food grade oils in its formulation including: peppermint, cinnamon and black pepper. These, in combination, present an aroma which birds dislike. The olfactory deterrent element of the product is, however, only secondary to the primary deterrent element which is the fact that the ultra violet light, coming from the gel, is seen by birds as a naked flame and therefore an area of danger which they will naturally avoid.

If you have any questions regarding dealing with bird issues remember that we are here to help. Give us a call on 01273 475500 and we’ll give you some free, expert advice.

This message was added on Wednesday 12th May 2021