Why We All Need Neighbourhood Watch 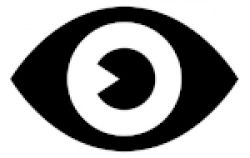 Throughout the UK we’ve seen a significant reduction in the number of police officers and the closure of a number of police stations. People want to feel safe in their homes, safe on the streets and safe in their local communities so the apparent decline in policing is a cause for concern. In this post we look at how Neighbourhood Watch is supporting the police and enabling people to prevent crime and develop safe, supportive communities.

What is Neighbourhood Watch?

Neighbourhood Watch is a network of voluntary schemes established by local people to build and maintain safe and friendly communities. The concept is very simple - neighbours work together to keep watch on one another’s homes and surroundings to make their neighbourhoods safe environments. Its worth noting that Neighbourhood Watch is the largest voluntary crime prevention movement in England and Wales with over 2.3 million members.

There are no hard and fast rules regarding how Neighbourhood Watch schemes should be established. They might be setup in a street or a group of streets. Or they might involve a block of flats or maybe a village in a rural area and they may also work in conjunction with Residents Associations. While Neighbourhood Watch schemes work with local police forces they are not setup by the police.

Importantly, Neighbourhood Watch is not only about reducing crime, its also about building community and developing good, neighbourly relations. The idea is that by working together with neighbours to achieve common goals, reduce crime, deter criminals, vandalism and con-artists - communities become safer and stronger.

Here is how the Neighbourhood Watch organisation represent their vision and mission.

“Our vision
Our vision is a society where neighbours come together to create safer, stronger and active communities.

Our mission
Our mission is to support and enable individuals and communities to be connected, active and safe, which increases wellbeing and minimises crime.”

What Does Neighbourhood Watch Do?

Neighbourhood Watch groups will typically hold initial meetings to discuss important issues in an area. If face-to-face meetings are not possible then groups need to establish other ways ot communicate with everyone involved. When a local Neighbourhood Watch scheme is established its recommended that primary, prioritised objectives are determined and agreed.

The specific actions undertaken by individual Neighbourhood Watch schemes are therefore based on their individual objectives. Core objectives, common to most schemes, generally involve supporting improvements to home security, boosting vigilance, reporting suspicious incidents to the police and developing the local community spirit.

An important aspect of their role involves learning more about crime prevention and sharing insight and tactics with the local community. Also, being aware of new forms of crime, such as cybercrime, and making certain local people are made aware of risks and what they need to do to avoid becoming crime victims.

When Did Neighbourhood Watch Start?

A stabbing incident in New York, back in 1964, prompted the very first Neighbourhood Watch scheme to be established. But it wasn’t until 1982 that the first UK scheme, known at the time as Home Watch, was setup in Mollington, Cheshire. In 2007 the first national UK umbrella organisation was established, supported by the police and Home Office.

The answer to this question is - yes it does!

While its important to be aware of the variations in practices across various schemes it has been estimated, based on a number of studies, that for every 100 crimes committed 26 crimes were prevented thanks to Neighbourhood Watch. And a number of research projects reviewed by the College of Policing has shown that Neighbourhood Watch programmes in which home security improvements were promoted (such as property marking) have been effective in reducing crime by between 16 and 26%.

Neighbourhood Watch membership provides a host of valuable benefits. For example, the monthly newsletter is packed full of inspiring stories and reports along with details of important future campaigns.

The Neighbourhood Watch website provides a host of valuable resources including excellent toolkits, ready-made campaigns and up to date crime prevention advice. They even offer some exclusive discounts and special offers. You can see more details of the membership benefits by following this link.

Is there a Neighbourhood Watch Scheme in Your Area?

Many people ask: Is there a neighbourhood watch scheme in my area? The Neighbourhood Watch website makes it easy to find out. Simply follow this link and enter your post code. Their online search tool then lists the 7 closest registered schemes to your post code.

How to Setup a Neighbourhood Watch Scheme

If there isn’t a scheme in your area why not set one up? The Neighbourhood Watch website makes the setup process very clear.

Broadly, the steps involved are:

Your new local scheme can then be registered at www.ourwatch.org.uk, window stickers can be ordered and you can take advantage of the excellent resources available.

The COVID-19 pandemic has been exploited by criminals to scam the public and cybercrime is becoming increasingly sophisticated. Neighbourhood Watch plays a vital role in informing people about the changing nature of crime and what they need to do to protect themselves. The charitable movement will continue to provide up-to-date, actionable guidance along with valuable resources to ensure people don’t become crime victims.

If you have any questions about home security remember that we are here to help. Give us a call on 01273 475500 and we’ll provide you with free, expert advice.

This message was added on Thursday 18th November 2021